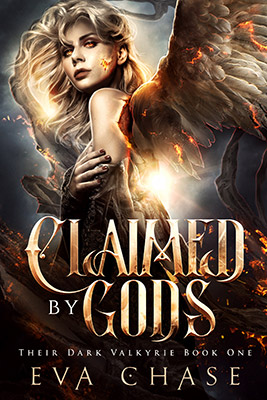 The gods walk among us. And they just might steal your soul… or your heart.

I thought I’d survived everything life could throw at me. All I wanted was to keep my distance from the criminals I work for and get my little brother out of the hell that is our mother’s house.

Then I died and woke up to four stunningly hot gods telling me I’m now a valkyrie.

Sly, sharp Loki. Jovial but ferocious Thor. Dreamily compassionate Baldur. Grim and secretive Hod. They all have something to teach me. And around them, my walls start to crack.

But the gods didn’t summon me just for kicks. Their king is missing, and they need me to find him. The first three valkyries they sent on the job never made it back.

More power is awakening in me than I could ever have imagined—and the gods’ enemies are more devious than even they knew. It’s going to take every trick in the book for me to save myself, my brother, and these divine men who’re getting under my skin in the most alluring way.

I’m Aria Watson, and Valhalla ain’t seen nothing yet. 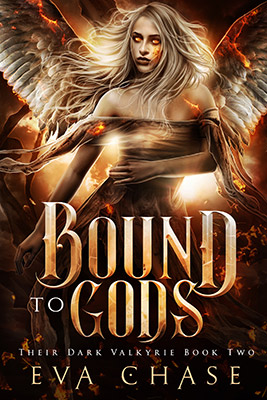 One minute I was a courier for criminals, making ends meet so I could take care of my little brother. The next, four stunningly hot Norse gods had brought me back from the dead with wings sprouting from my back and a whole set of valkyrie powers. I guess that’s just how life goes sometimes.

Too bad our victory over our supernatural enemies turned out to be a farce. The divine home I thought I’d receive is a trap instead. A trap that’s slowly closing in on us, dredging up every painful moment from our pasts.

Can I trust these tempting godly men now that I’ve seen how many secrets they’ve kept from me? And what am I going to do if I have to face my own darkest horrors all over again?

I’d better figure that out fast. Because I’m Aria Watson, and I will not be broken. 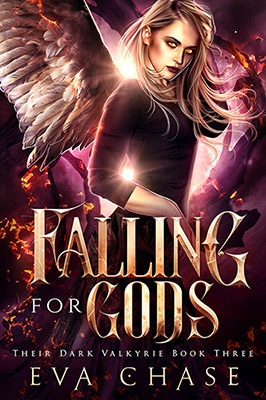 Who would have thought I’d need to die to really come into my own? But with my growing valkyrie powers and the scorching hot Norse gods who resurrected me by my side, I’ve never felt more alive.

If only I could take a moment to enjoy my new home in Asgard. Unfortunately, our recent triumph has enraged a power-hungry giant who wants to see me dead all over again, along with everyone and everything I care about. And then there’s our newly returned leader… Odin has turned out to be as single-minded as he is single-eyed, and I can’t shake the feeling that there’s more to this situation than he’s letting on.

My four gods and I will have to depend on each other if we’re going to find our way through this mess, even if opening my heart that much to anyone terrifies me. I’ve come this far. No way am I backing down now. 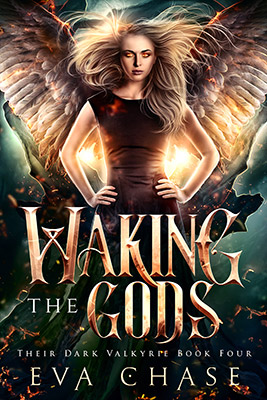 There’s no peace for this recently resurrected valkyrie. Asgard’s greatest enemy intends to claim both the realm of the gods and the realm of humans for himself, and with the army he’s amassed, the odds aren’t on our side.

Even worse? It turns out the gods aren’t so immortal after all. If this power-hungry giant gets his way, my four new lovers will lose not just their home but their lives as well.

As we gather more gods to join the fight, old tensions flare up. I’m starting to think there isn’t strength in numbers, only a whole lot of arguing. How can I help save the realms when the divine newcomers see me as nothing more than a servant of Valhalla?

In this final battle, we either win or lose everything. But I’m Aria Watson, and I’ll die all over again before I let a giant destroy both my worlds.