The bestselling Edge young adult box set introduces Caught in the Glow, a novel by Eva Chase. This is just one of 20 page-turning, full length novels for only $.99! Order your copy today!

When she was a child, Avery Harmen watched her father die at the hands of a Glower—a breed of demon that feeds on dreams of fame and glory. Now she secretly protects the rising stars of Los Angeles from the demons that prey on them, determined to make sure her clients never suffer the same fate.

Then Avery finds herself assigned to Colin Ryder, a young indie rocker who just landed a major label deal. Colin is cocky, rebellious, a brilliant musician, and already in the Glowers’ sights. He’s also far too hot for Avery to ignore the chemistry between them—especially when she gets to know the tender side behind his celebrity facade.

Though Avery knows she’s falling too fast, she’s willing to risk heartbreak if fanning the flames of attraction distracts Colin from his Glower-tempting antics. But Colin is keeping a secret of his own, one so big it will put both her heart and his soul on the line.

The first book in The Glower Chronicles, a steamy New Adult paranormal series.

Eva Chase lives in Canada with her family. She loves stories both swoony and supernatural, and strong women and the men who appreciate them.

He dropped his gaze, swiped his fingers through his shaggy hair, and then looked at me again. “It’s just the job,” he said. “That’s why you care.”

There was something needy in his eyes, a plea I didn’t totally understand. But it pulled a little ache into my gut. I opened my mouth and hesitated, and Colin shrugged.

The words slammed down, cutting me off, crushing any progress I’d made with him in the last ten days. They knocked the breath out of me. So it wasn’t that hard to honestly say, “No. Colin, I’d care—even if they took me off duty right now, I’d want to know you were okay. Just because it’s a job doesn’t mean you’re not a person to me too.”

He took a step toward me, closing that distance again, and this time there was no ignoring the solid presence of him, that piney aftershave mingling with the smoke still clinging to his clothes.

“Yeah,” I said. “I mean, at times a highly irritating person, but frequently one I actually enjoy being around.”

A sliver of a smile touched his lips. “You’re never going to cut me a break, are you?”

He paused. “No. I want…” The sentence hung unfinished in the air between us. Then, without warning, he caught me by the waist, spun me to the side, and sat me on the edge of the table.

I barely had time to let out a stutter of a laugh and a “What—” before his lips captured mine.

Twenty of today’s favorite YA & NA authors have come together to bring you a collection packed with full-length, spellbinding reads sure to keep you keep you on the edge of your seat and up way past your bedtime!

READER BEWARE: These novels take everything to the edge–and not just the edge of your seat. With authors who aren’t afraid to push the boundaries, you get stories that take everything to limit, creating whimsical reads that teens can actually relate to and that adults can enjoy, too.

Hey readers! Exciting news to share: Caught in the Glow is part of a new boxed set of 20 paranormal YA and New Adult novels from New York Times, USA Today, and internationally bestselling authors. 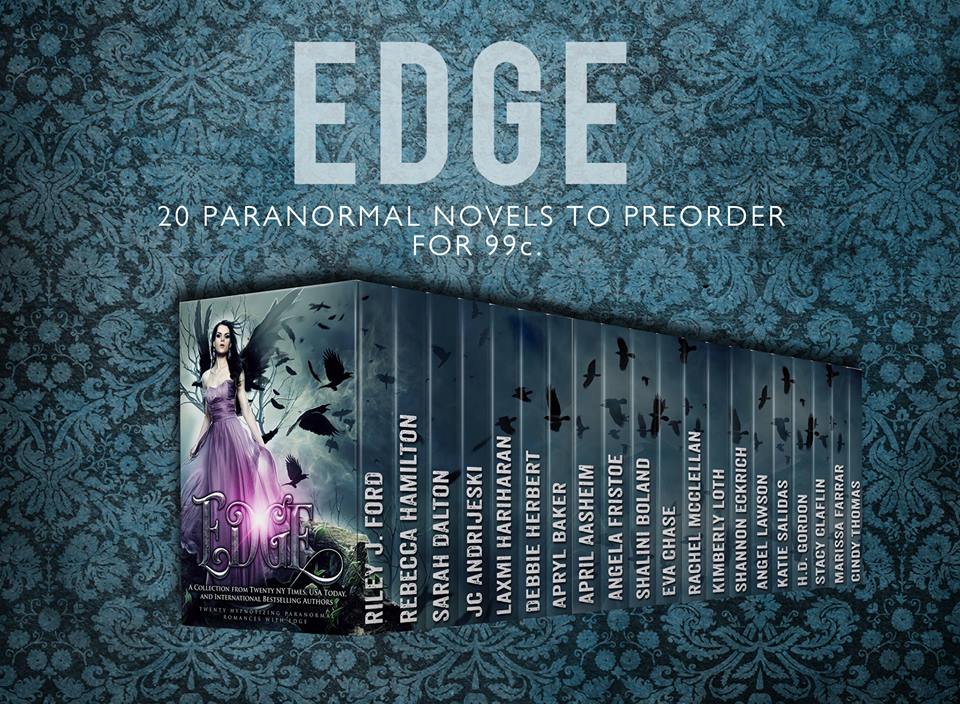 The Edge boxed set will be released on April 5th. For a limited time, you can pre-order it for just $0.99. Less than a dollar for 20 full-length books! Even better? Everyone who pre-orders can enter to win a $50 Amazon gift card! Just place your order and fill out the Rafflecopter form below.

The winner will be announced on April 5th. Good luck!

For the next week, Caught in the Rush is part of this awesome giveaway with 99 other ebooks and a Kindle Fire! Check out some of the titles: 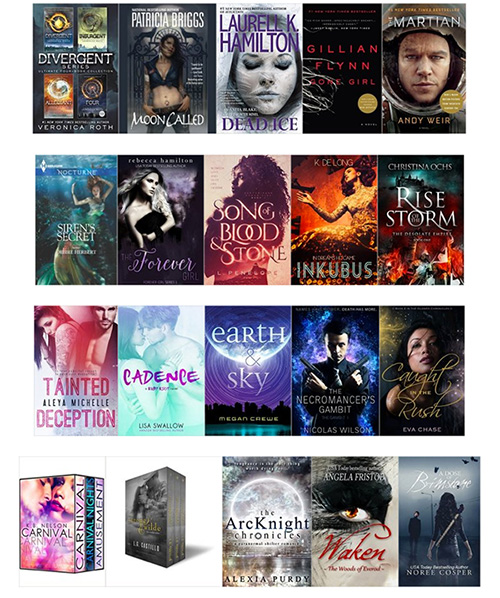 You can see the full line up and enter here: https://www.freekindlegiveaway.com/100100100-giveaway-amreading-kindle-free/

I can also recommend the FKG’s services for authors — I’ve had great experiences with them.  🙂

Posted in Uncategorized | Comments Off on Seriously amazing giveaway time!

Caught in the Rush release day — and sale!

Woohoo! Caught in the Rush is out in the world today! And for the next week, you can grab both it and the first book in The Glower Chronicles, Caught in the Glow, for just $0.99. 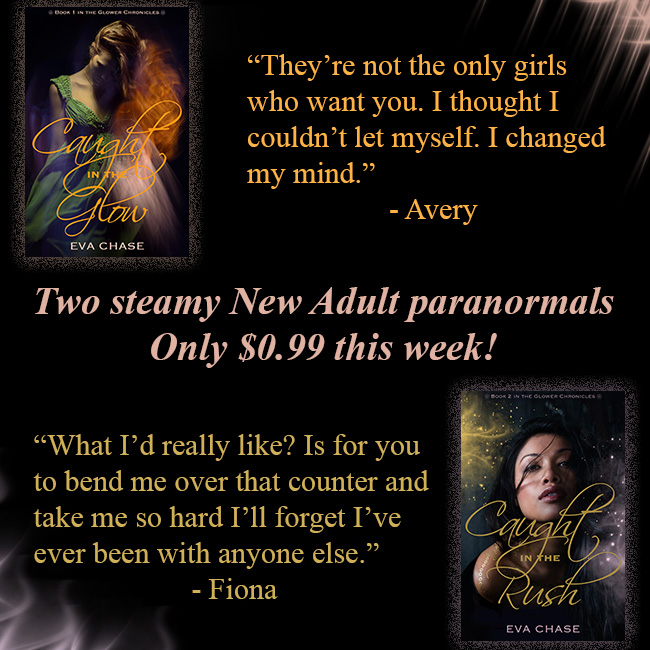 I hope you enjoy Fiona’s story!

Posted in Uncategorized | Comments Off on Caught in the Rush release day — and sale!

I’m excited to be revealing the final cover and description for book 3 in The Glower Chronicles, Caught in the Dream, today! 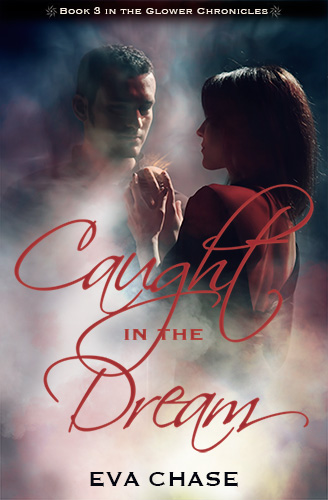 Caught in the Dream will be out March 29th, and it’s available for pre-order now!

Posted in Uncategorized | Comments Off on Book 3 cover reveal!

Caught in the Glow release day!

I’d like to wish my debut, Caught in the Glow, a very happy release day!  🙂 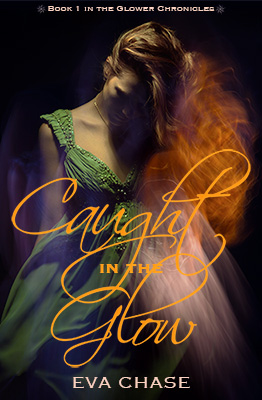 Posted in Uncategorized | Comments Off on Caught in the Glow release day!

The Glower Chronicles #2 is here!

I’m excited to share with you the cover and book description for Caught in the Rush, the second book in The Glower Chronicles and Fiona’s turn to tell her story! 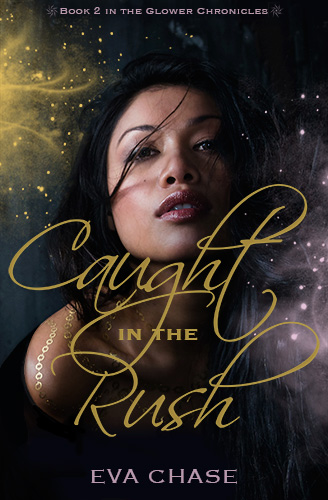 What do you think?

Caught in the Rush will be published on January 5, 2016. If you want to make sure you get your hands on it as soon as it’s available, you can pre-order the ebook on Amazon now.

Posted in Uncategorized | Comments Off on The Glower Chronicles #2 is here!

Posted in Uncategorized | Comments Off on Colin Ryder bonus scene

I have a whole bunch of ebook copies of Caught in the Glow up for grabs over at LibraryThing. Enter here.

Or, if paper’s more your thing, you can enter to win a copy of the print version here on GoodReads.

Good luck to all those who enter!  🙂

Posted in Uncategorized | Comments Off on LibraryThing and GoodReads giveaways!

You can now read the first two chapters of Caught in the Glow free! Just click on the link below:

Caught in the Glow excerpt

Posted in Uncategorized | Comments Off on Sneak peak!