This sassy thief gets more trouble than she bargained for when three drool-worthy monsters follow her home and draw her into a conspiracy that threatens all supernatural kind. 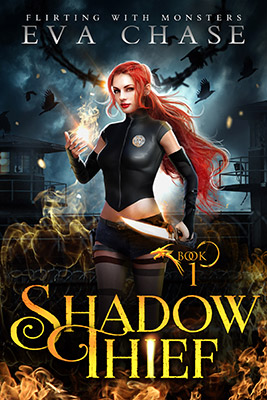 To be fair, they’ve got no place else to go. A covert band of hunters captured their boss, and the trail is ice-cold. I’ll lend a hand if it means I can send them on their way… and when it looks like we’re up against the same creeps who murdered the person I loved most, you’d better believe I’m all in.

Track down the baddies.
Steal back the boss.
Don’t get killed along the way.
Oh, and maybe make out with a monstrous hottie or two.
Piece of cake.

Buy the ebook, paperback, or audiobook on Amazon! 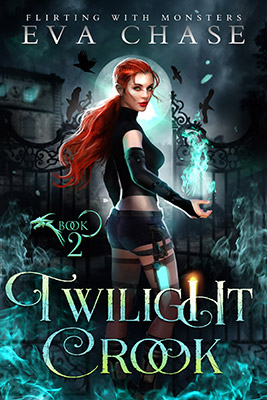 What’s better than three monstrous hotties? How about four…

While helping the trio of sexy-as-sin monsters who followed me home, I lost my apartment, my sense of security, and more blood than was really healthy. Somehow my new lovers make me feel like I’ve gotten the better part of the bargain.

Unfortunately, their newly-rescued boss isn’t so keen on humans. I get the feeling he’d rather rend me limb from limb than give me the time of day. Too bad for him my mortal skills are just too useful to toss aside. After all, we’ve still got a conspiracy of monster-torturing psychos to destroy.

But between crushing Bossypants’s tests and tracking down dirt on our enemies, the most unsettling thing I’ve encountered might be what’s lurking under my skin. I contain powers no human is meant to wield. What does that make me?

I have no idea, but figuring out how to tap into my supernatural side may be my only chance to avenge the woman who raised me and so many who’ve been murdered since. And the one thing I am sure of?

This crook doesn’t back down.

Buy the ebook, paperback, or audiobook on Amazon! 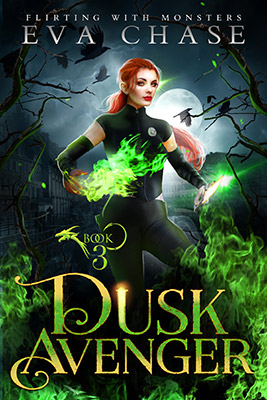 A little pyromania can go a long way…

The Company of Light had already made my shit list before they kidnapped one of my monstrous lovers. Now? I’m ready to send the whole lot of them up in flames. Especially when it turns out they may have damaged my demon sweetheart beyond repair.

Trouble is, those flames aren’t playing nice. After its taste of freedom, my inner fire seems intent on having a full-on scorch party, and that includes burning me up while I’m burning down the baddies.

If I’m going to get a handle on the dangerous power within me, I need to understand where it—and I—came from. But finding the answers I’m searching for could be worse than staying in the dark.

My enemies are multiplying by the minute, and the worst of them… might be standing right beside me. 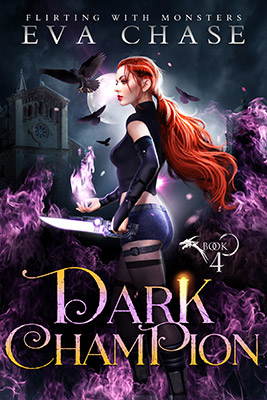 When life hands you demons, it’s time to make a little destruction.

I thought I wanted to know what I was. Now that I’ve discovered the answers aren’t so pretty, it turns out there are no take-backs.

The most powerful monsters in existence fear this one mortal thief. Unfortunately, that means they’re set on stamping out my existence. The demon who was my strongest ally has been caught in the middle, his freedom and his life on the line.

And that’s before we get into the genocidal psycho who’s about to unleash a catastrophe that could destroy both our worlds all by itself.

I have my work cut out for me, even with my monstrous lovers by my side. Can I become the champion of my darkness, or will it consume me instead?

Either way, it’s going to be one hell of a ride.