These brothers have powers others want to exploit… and passions they can’t deny. 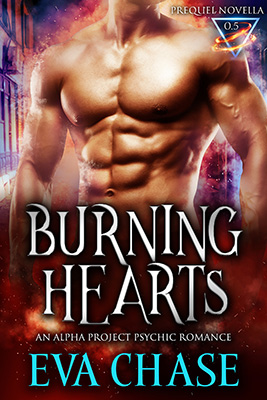 For years, Jason Keane has endured experiments in a mysterious underground lab. He’s kept the full extent of his psychic power carefully hidden, haunted by a catastrophic blaze in his past. His only concern is escape—until the Facility’s latest subject is brought in. Equal parts fierce and vulnerable, Lisa awakens a passion Jason hadn’t known he was still capable of feeling.

Lisa Rowe has a quick temper and a chip on her shoulder a mile wide. Who wouldn’t after hearing every awful thought anyone’s directed her way? When she wakes up in the Facility after her latest scuffle, she’s not ready to trust a guy just for showing an interest in her. Even if he happens to be the hottest guy she’s ever seen. Yet with a patience she’s never experienced before, Jason works his way into her heart.

But falling in love becomes even more dangerous when a sadistic new head researcher arrives. Jason and Lisa must rely on each other to survive his manipulations—or become each other’s downfall.

Get the novella FREE here! 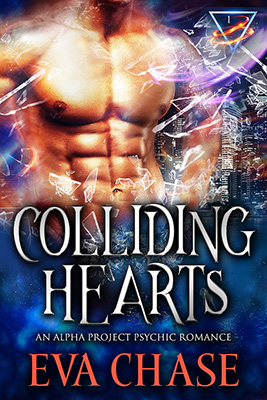 He can move anything with his mind. Only she has ever moved his heart.

Jeremy Keane doesn’t let himself get too attached to anything. After all, a single slip of his telekinetic ability can send him on the run. So when he uses his power to save a stranger’s life, he knows better than to stick around, even if one look into her big brown eyes makes all his defenses melt. If only she weren’t so damned persistent.

Grace Trevell knows she’s spent too long reeling from her mother’s abandonment and her grandmother’s death. It’s time to make new friends, fall in love, and build a true home for herself. So when a gorgeous guy risks his life to save hers, she’s not letting him just walk away. But Jeremy is keeping secrets beyond anything she could imagine.

Then a group of sadistic researchers starts sniffing around town. Leaving is the only way Jeremy can keep his family safe, but that means leaving behind the woman who’s stolen his heart. And Grace has already become a target in the battle to exploit his talents… 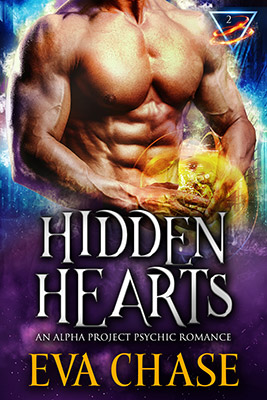 A game of psychic cat and mouse. Lose your life or lose your heart?

Nick Keane walks a thin line between protecting his family’s secrets and using his power to help people. When he bumps into a pretty young woman poking around his recent haunts, his skill at reading objects tells him she’s talented like him—and there to hunt him down. He sets out to learn all he can about his enemies, but keeping her at a distance may be his trickiest balancing act yet.

The idea that someone could use powers like hers to cause death and destruction makes Carina Jones feel sick. She’s not backing down from her mission until the Keane family is in custody. And she’s definitely not going to get distracted by the swoonworthy hunk who she suspects knows more than he’s letting on—even if he’s making her question everything she believed about her world.

Despite their best intentions, Nick and Carina find themselves falling for each other, hard and fast. As Carina’s sadistic handlers close in, they must each make a gamble for their hearts and freedom. But with battle lines drawn between them, how can they both win?